Where it comes from

It forms a small diamond pattern  in as much variants as there are textile traditions around the world.

For example, in Italy, it can also be called ‘’occhio di pernice’’ or simply ‘’ piccola losanga’’, in the Andes it is woven with precious wools such as alpaca and it’s called ‘’ojos de pereniz’’. 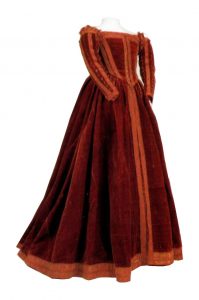 We met many years ago, thanks to my dear friend Moira Brunori, established textile restoration expert and owner of the ‘’ Restauri Tessili’’ laboratory http://www.restaurotessile.com/, located inside Cittadella Vecchia in Pisa.
At the time Moira told me about the Duchessa dress, the fascinating story of the restoration of this precious  sixteenth century crimson red velvet dress kept intact through the centuries thanks to San Matteo convent Benedictine nuns, that used it to dress a wooden statue of the Virgin Mary.

This peculiar story deserves an article just for itself, maybe I will tell you this story in the future. 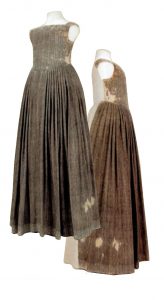 This sumptuous dress, probably owned by Eleonora da Toledo, wife of Cosimo I De’ Medici, came to us together with two other dresses.

One of those is a rare mezza lana dress, woven with light coloured linen and dark green wool warp and probably made by a Medicean manufacture in Pisa, ca 1550.

Because it is a house dress, probably homemade or made in a weaving workshop, but still made on a simple loom. It is unusual to obtain this kind of garments, as they tend to deteriorate over time.

Moira took me to see those dresses, that can still be seen  at the Museo di Palazzo Reale in Pisa (https://www.beniculturali.it/ ).

It was love at first sight: the house dress had a weave I could have studied and realized myself on a loom.

The charm of its weave

I started studying its weave and discovered its secrets and charm.

It looked like an apparently simple weave, easily done on a 4-heddle loom.

In reality the weave turned out to be more complex and intriguing than it seemed:  it is done with six different warp threads movements, even if at a glance it seems like it is done with only four of them.

For me, a lover of textile design and studies, it was a sophisticated discovery.

I still have vivid memories of my dear teacher Graziella Guidotti and me hunched on a table, trying to understand that ‘’simple’’ folk weave. 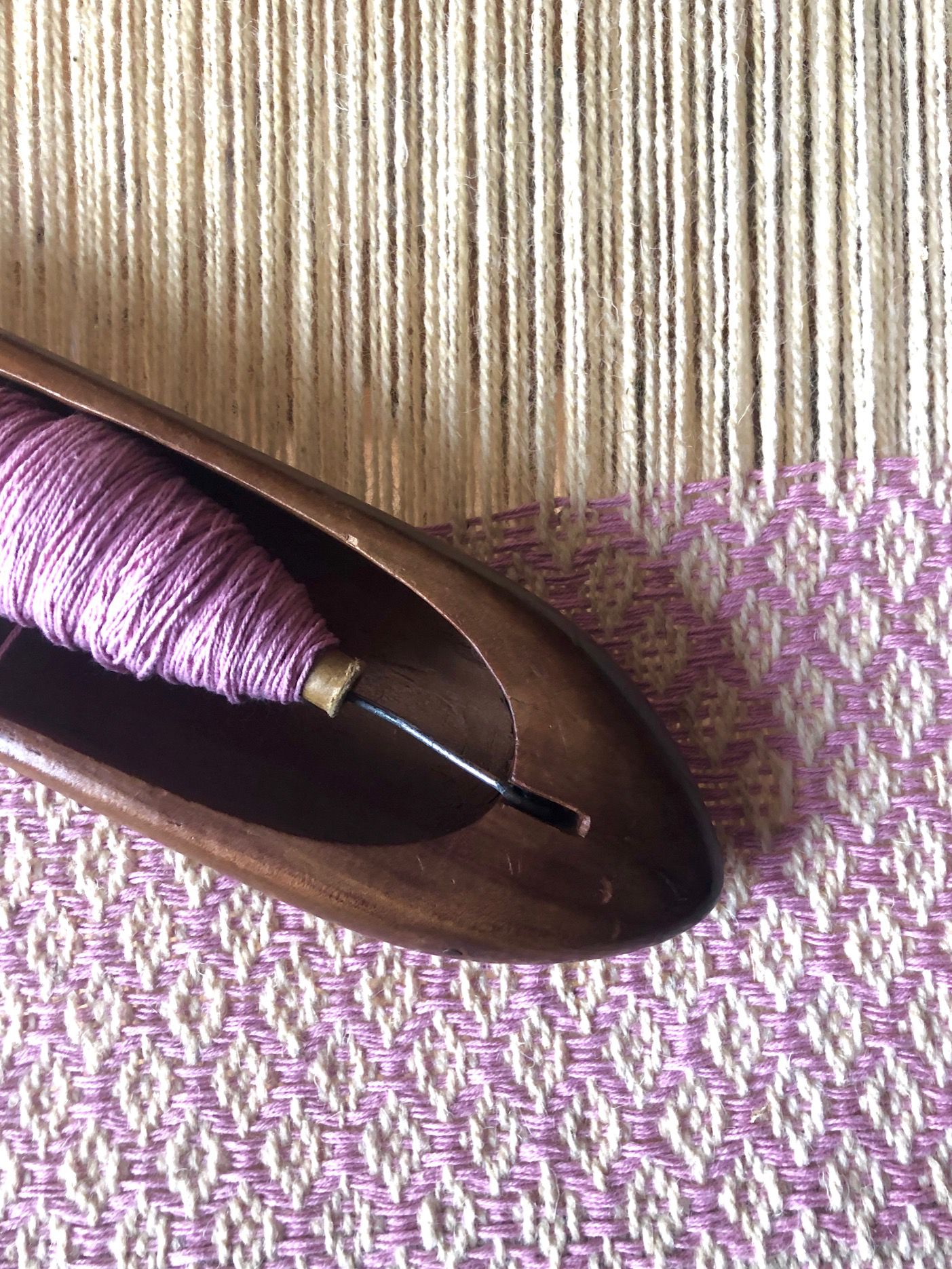 To me, drawing a weave is like writing a musical piece.

The fabric is like music, is what I always say to my students when I’m introducing them to the technical basis of textile design.

The procedure used to ‘’write’’ a technical drawing of a fabric is very similar to the one used to write a musical composition.

As a weaver/musician, designer/composer, sometimes it happens to fall in love with a weave, to study it deeply and to reproduce it with various materials.

Sometimes this passion dies with time, sometimes it does not, and that weave becomes part of me, my textile family and my world.

This is the case with Diamantina, that still today, after more than 15 years, is still my go-to choice.

It accompanies me and my atelier with its elegant presence in the form of various samples, peeking out of drawers, boxes or baskets on the worktable, all showing ‘’its’’ weave.

This weave, with a crimson red heart, is next to my name on my logo, representing me in my entirety.